After putting the service on hiatus prior to the arrival of the Xbox Series consoles, Microsoft is reopening the Xbox Design Lab and is selling user-created controllers again. This time, the newest version

Battle Passes are becoming more and more of the norm in the realm of online games, and that term can mean a plethora of different things. Sometimes, this means locked content like Call of Duty 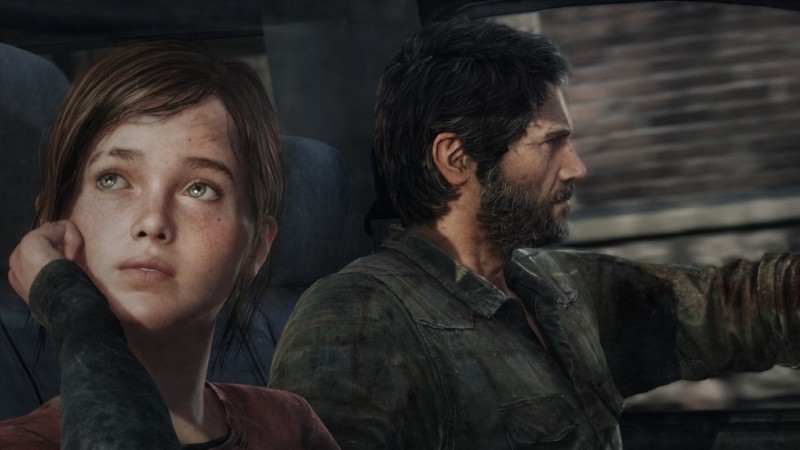 HBO is adapting the Naughty Dog universe of The Last of Us, starring The Mandalorian's Pedro Pascal as Joel himself. With more casting news on the way, we decided to compile all of the confirmed casting choices so far, and we will update it as more are revealed in the coming months. For those curious, here is every character casting confirmed for The Last of Us TV series from HBO.

The Last of Us TV series just recently added two new directors with Jasmila Žbanić (Aida) and Ali Abbasi (Border). The pair joins Chernobyl creator Craig Mazin and Naughty Dog's Neil Druckmann. The casting choices for the most notable characters can be seen in the list below:

This is a much shorter list than what we have for the upcoming Borderlands movie from Eli Roth, however, more casting choices will be revealed in the near future. We still don't have a trailer at this point, but at least we aren't totally in the dark about what's on the horizon.  Naughty Dog's Neil Druckmann previously confirmed that the upcoming adaptation would feature original content alongside the already-known game narrative that made the first title a PlayStation insta-hit.

"We talked at length that season 1 of The Last of Us series is going to be the first game," Druckmann mentioned in a previous interview. "As far as the superficial things, like should a character wear the same plaid shirt or the same red shirt? They might or might not appear in it; that’s way less important to us than getting the core of who these people are and the core of their journey. Things sometimes stay pretty close. It’s funny to see my dialogue there from the games in HBO scripts. And sometimes they deviate greatly to much better effect because we are dealing with a different medium."

Hopefully, with more and more progress being made towards getting a full cast and crew, we'll have something to see this Summer. The E3 window is just around the corner; the perfect time for Sony to showcase some new games and possibly a first look at the upcoming TV series.

With only three names confirmed thus far, it does beg the question: Who else would you like to see cast? Would you recast anyone confirmed up until this point? Sound off with your thoughts in the comment section below!

Activision has confirmed that the The first thing I did was google 552 kills, (since the og tweet emphasis that stat) and the first thing that popped up was JOHN Rambo’s kill count! Not only that, the amount of games matches the amount of Rambo films!

The faction-based PVP is elaborate and honestly, I hope something this cool makes its way into one of the “core” Diablo games sometime outside of the mobile space. I’ve spoken at length about how I enjoy Diablo Immortal, at least what we’ve seen so far, but I intensely dislike extended play sessions on mobile devices. Here’s hoping that we get some kind of PC version down the line, at least while we wait for Diablo IV. Anyway, when you participate in the Cycle of Strife PVP system, which is 100% optional, you start as an Adventurer. Everyone does! However, there are two main groups involved in PVP that have an asymmetrical war going on. The Immortals are the elite who try to protect their awesome stashes of impending rewards, and the Shadows work together in darkness to try to undermine the Immortals, up to and including raiding their treasure stores and engaging in other tasks to weaken them. A group of powerful Shadows in a Dark House (kind of like a guild) can overthrow the reigning Immortals and take control of the spoils, and then become the ruling class themselves as the new Immortals. And hence, the “Cycle of Strife” continues as rewards are doled out and battle is waged. And yes, there are PVP battlegrounds that consist of 8v8 teamplay alongside the core Cycle of Strife systems. While the experience is, again, completely optional, you’ll probably want to dive in to snag some rewards.

Throughout the 2021 Call of Duty League season, the Minnesota Rokkr hasn't got a lot of respect. The team got off to a slower start and wasn't competing at a level that was acceptable to the organization and its fans. But then something happened. Head coach Brian "Saintt" Baroska and V1 director of esports strategy Jake "Reppin" Trobaugh put their faith in a 19-year-old kid to try and bring a spark to the Rokkr roster. The results were instant and exciting.

Admin
A new dinosaur species has been discovered in Argentina and its name, Llukalkan aliocranianus, translates to "the one who causes fear."
Admin 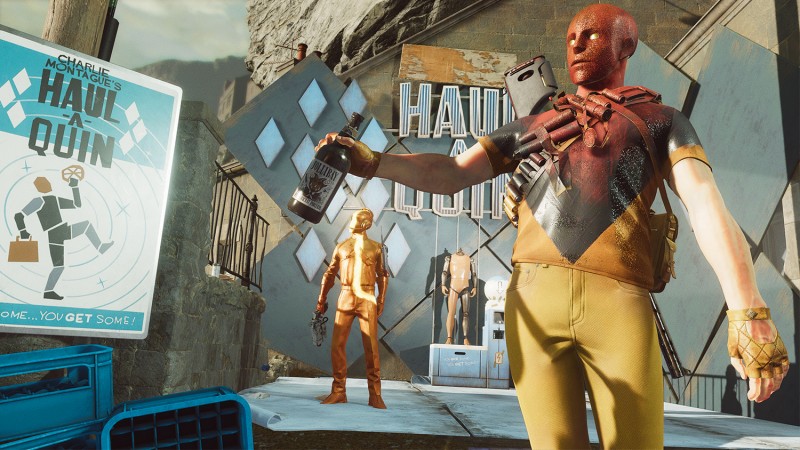 Deathloop is the upcoming action-adventure game that has graced our cover for the last month, and as part of our exclusive coverage, we sat down with the game's narrative designer to chat about Deathloop's story. Following their critical success with the Dishonored series, Arkane Studios has crafted a brand new world to explore. Set on the island of Blackreef, Deathloop is a story that follows Colt Vahn, a man who is stuck in a never-ending loop with a secret society that's led by antagonist Julianna.

In this exclusive interview, we chat with Bennett Smith about the backstory of Blackreef and why the island's time loop was originally set up by the AEON Program. We also asked about the relationship between Colt and Julianna, and more specifically, why the latter wants the former dead. Separate from the main narrative thrust, we learn more from Bennett about how the game encourages players to become comfortable with death in an effort to gain more knowledge about their surroundings.

Once you're done watching this video, subscribe to Game Informer Magazine to read our larger 14-page cover story on Deathloop. Read an excerpt of that below:

It's morning on Blackreef Island, and Colt has just emerged from the underground tunnels that wind their way across this desolate landmass. Colt just woke up, but he's already ready to collapse. His legs feel heavy; his arms are dead weights. A hangover from the night before is beginning to ease, but Colt's real troubles have only begun. So, Colt fights through the pain - pushes against entropy - and presses deeper into the island. He knows he's marching toward his own death, but he has no other choice. If Colt wants to get off this blasted rock, he must orchestrate a seemingly impossible series of assassinations in less than 24 hours.

If you enjoyed this interview, be sure to subscribe to the Game Informer YouTube channel so that you don't miss any of our exclusive Deathloop video coverage. 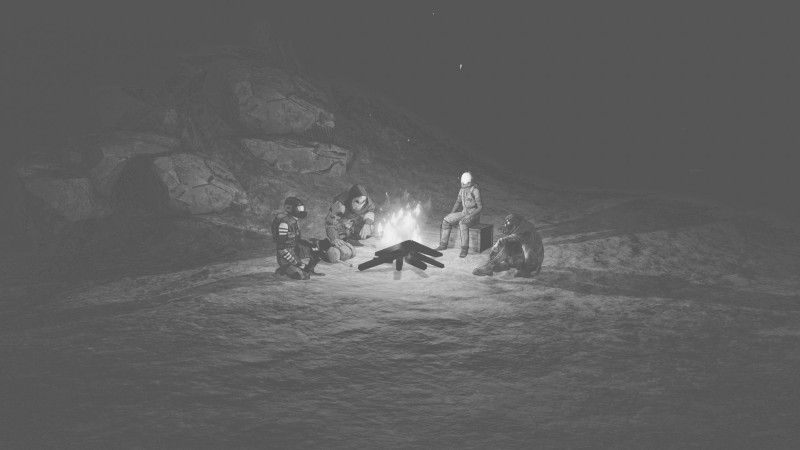 Ashwalkers is an ambitious new narrative survival game by French developer Nameless XIII, a small studio co-founded by Life Is Strange co-creator Hervé Bonin. Set 200 years after a volcanic disaster transformed Earth into a ravaged wasteland, players must keep a party of characters alive as they fight to survive this hostile, ash-blanketed world.

These four survivors (referred to as “The Squad”) have their own distinct personalities with an ever-evolving relationship between each other. Gameplay involves keeping these four alive by seeking out shelter and harvesting vital resources. You’ll need to carefully manage your rations, however, as there isn’t always enough to go around. Party members can succumb to madness and other mental traumas if they aren’t well taken care of. When the lack of resources isn’t threatening to wipe you out, Ashwalkers’ world presents plenty of other hurdles such as deadly weather (including lightning storms) and clashes with other survivors.

Given Bonin’s history with Dontnod developing Life Is Strange, it’s not surprising to learn that Ashwalkers features choice-driven gameplay, non-linear storytelling, and multiple endings: 34 different conclusions total, in fact. With so many different ways that Ashwalkers’ story can go down, Nameless XIII promises players will discover new paths every time they play, depending on their choices.

“We are huge fans of 'Choose Your Own Adventure books'" said Bonin in a press release. “Our ambition is to combine that sense of a detailed unfolding world with the interactivity of a video game, a game where every choice matters. The player feedback we have gotten for our public demo in the latest Steam Festival was extremely positive so we are super excited to let players explore the world of Ashwalkers.”

If Ashwalkers sounds right up your alley, you’ll be happy to know the game is just a month away from release. Ashwalkers launches April 15 for PC. There’s currently no word on if the game is coming to consoles. Check out the gallery of screenshots below.

What do you make of Ashwalkers? Share your first impressions down in the comments!

Without a doubt, the latest version of the original tabletop RPG, Dungeons & Dragons, remains a driving force for the current success across the industry. The excellent 5th edition has done wonders for

The Last Of Us TV Series: Every Character Casting Confirmed So Far