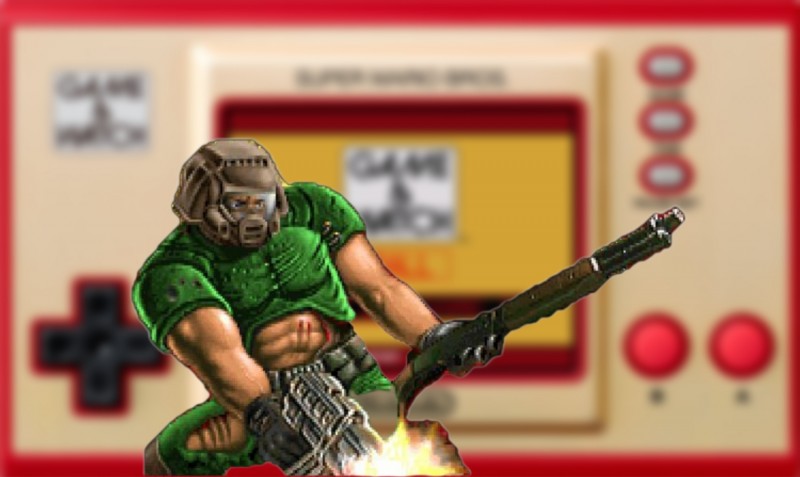 One modder did the tried-and-true method of modding Doom onto something it’s not supposed to be on. And just like every other time, it’s awesome. One Doom fan decided to try taking to the hellish experience in a different way by playing it on the very compact Game & Watch handheld.

The Game & Watch ‘system’ fits into a singular palm, that’s how small it is. The hand-sized platform is a fun way to relive classic Nintendo titles, but one gamer decided that it needed some Doomification, so that’s what they did. They played Doom on the Game & Watch’s tiny little screen because why not? It’s 2020, things are weird…don’t let your dreams be dreams:

So how do you make this work? Officially, we don’t recommend it. Any time you mess with a system and tinker with it beyond its original programming, you run the risk of destroying it. That being said, the video above does talk about the process for those that throw care to the wind in the name of Doom.

According to the modder, they duped the firmware of the main processor before prepping the new software. There’s some talk about pins, creating custom codes, and basically an entire walkthrough of the process that we’re skimming over because of legal reasons.

Others have been reportedly doing similar Game & Watch ports with similar titles, as well as meme-fying with old Vine videos and even a Rick Roll mentioned in the video.

We thought it was pretty nifty but we really love our Game & Watch, so we’re playing on the safe side, no matter how unhip that makes us look. Hey, cool kids and whatnot.

If you could port over any game to the small Game & Watch, what would you pick? Sound off with your thoughts in the comment section below!

X-Men Could Be A Fantastic Roguelike (In The Right Hands)